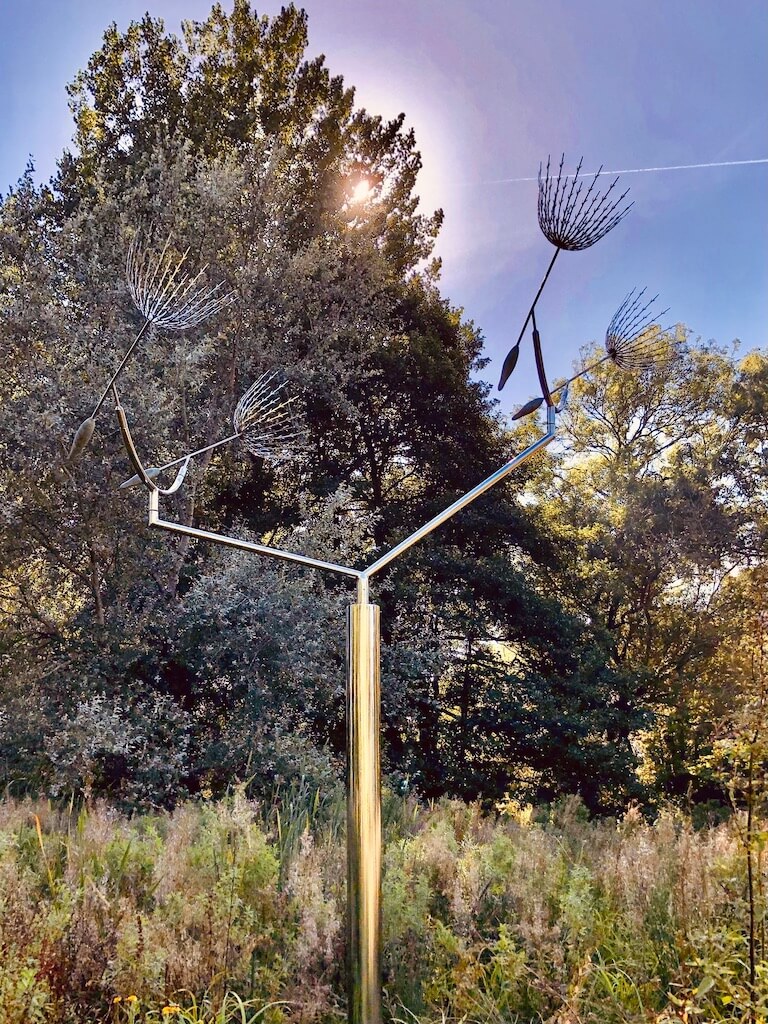 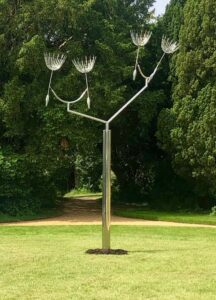 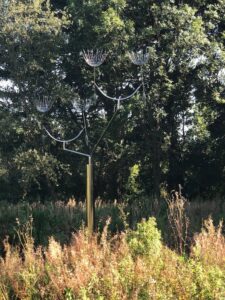 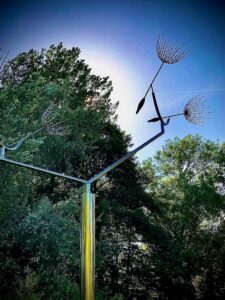 ‘Release’ was a piece conceived over the national lockdown period, it has a delicate ethereal presence in the landscape and uses the iconic Dandelion Seed as a symbol of rebirth, growth and freedom. Natures will to survive is a recurring theme in my work and it is my hope that this piece encapsulates a sense of optimism and hope for the future.
I am continually inspired by natural forms and never more so with this sculpture. I had to mimic the weighting of the Dandelion seed in order to make this piece move; the exact balance between the weight of my pappus, its wind resistance and its counterbalanced seed pod had to be found.

What appeared at first to be a straightforward task has taken months to achieve. Indeed if it were not for the lockdown allowing a greatly extended period of experimentation, I may well have conceded that it was an impossible task. To add to this mix of physics, balance and design is the aesthetics of the sculpture which had to constantly evolve in reaction to the very fine parameters I was working within.
I did wondered at first why I had not come across a kinetic moving Dandelion seed before and months later I think I know why.
Each element is balanced to within a fraction of a gram so that the seeds appear to float as if taken by the breeze, they are so finely balanced that the weight of rain drops significantly alters the balance, just as in nature. If the pappus is too large it is too heavy and would require a huge counterweight, if the pappus is too small there is not enough wind resistance to overcome the inertia in the bearings. The counterweight is filled with lead, allowing me to weight this to a single gram.
The sculpture has had to evolve and has been fine tuned to overcome all obstacles, something which nature has done with design perfection, a design blueprint which is locked away in its DNA.

When the wind blows there are innumerable patterns created by the multiple articulated bearing points, it is a piece that reveals itself slowly allowing space for contemplation. I feel it is sculpture that is full of joy and all the more so for the difficulty of its creation.