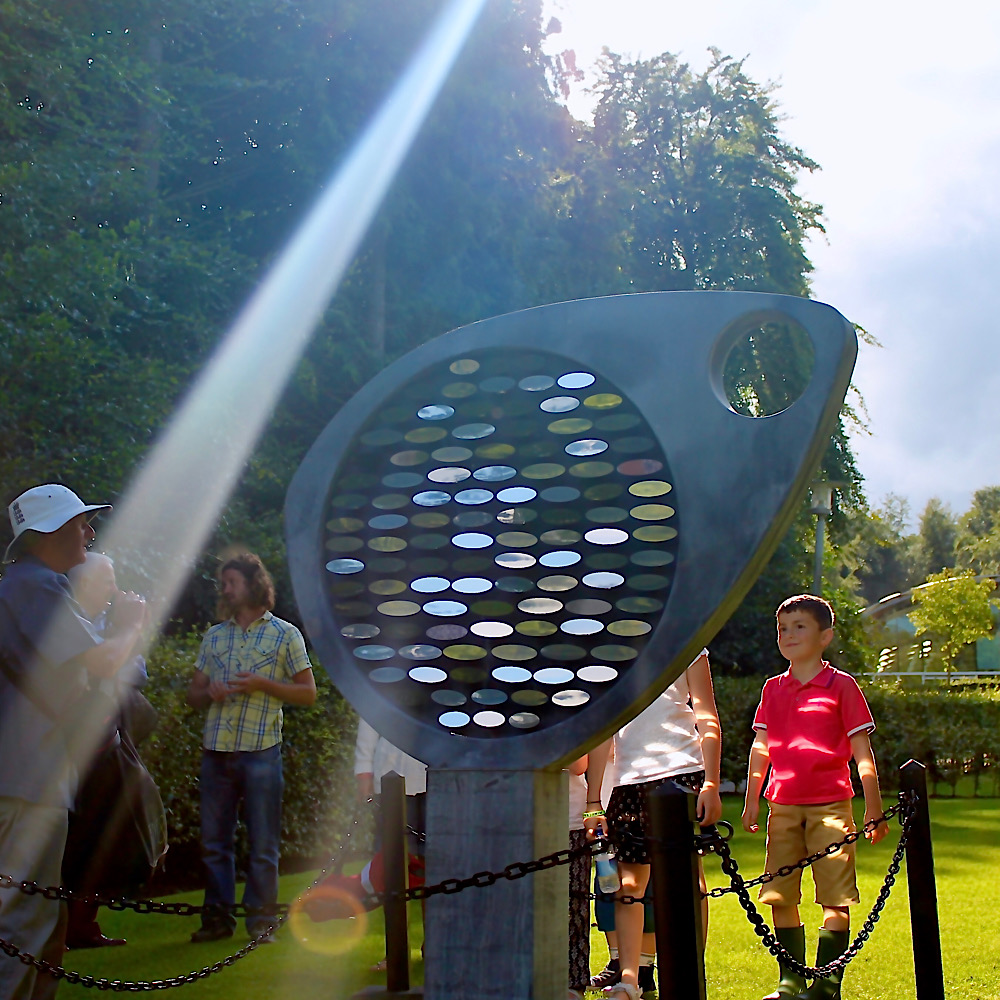 The initial inspiration was the desire to recreate the movement of light on water and  following on from this create a form with a symbolic connection. The two circles within the work are in the scale of the earth and moon, it is of course the gravitational pull of the moon which moves the oceans. I am really please with the movement of ‘Gravity’,the polished ovals move gently, reflecting the sky and the colours in their environment and giving the entrancing sense of water..

Gravity is the result of months of prototyping and experimentation, the polished kinetic elements move in a way which is unique in the Kinetic Sculpture world. There are nearly 100 individually pivoted elements which are wind activated setting the polished ovals into an almost perpetual fluid motion.

I wanted to recreate the movement of light on water, I was inspired by the work of Claude Monet who strove to capture this on canvas. The two circles are in the scale of the earth and moon, its the gravitational pull of the Moon which moves the oceans. This movement was a vital element in the creation of life.

‘Gravity’ an exploration of the movement of light on water.